We are making great strides in moving in. We have a books on our shelves, hooks for our keys, and cookies in the cookie jar.

But one of the things that was surprisingly difficult for us was finding a dresser. Most of our furniture came from IKEA, and we were able to check out the various options in the IKEA in Haarlem before we left the Netherlands. That way, we were able to get our new apartment pretty much mapped out before we came. 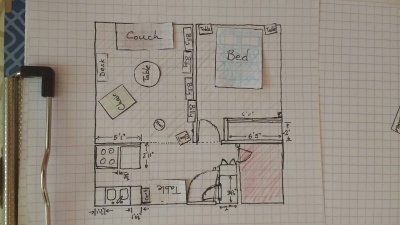 But while there’s much more closet space here than in our place in Leiden, the rooms are more square, so wall space, not floor space, is at a premium. That means using taller, narrower storage whenever possible, so we wanted one of these dressers from IKEA: 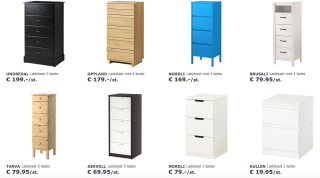 But when we looked to see what was available in the states, what we found was more like this:

Where are all the tall, narrow dressers? IKEA isn’t offering them anymore in the U.S., the country where they have been sued for the wrongful deaths of several small children who have been crushed in the last few years by chests of drawers tipping over. When we went on our big trip to IKEA last week, signs exhorting customers to affix their furniture to the wall were everywhere.

But on reflection, maybe discounting the size of the U.S. isn’t such a good idea. Maybe a big country, where precedents are set for many at once and where legislative decisions have an exceptionally wide scope, has an extra responsibility to err on the side of safety. Maybe that’s why small countries should belong to supranational organizations that impose annoying regulations.

But what does all this mean for us? It means we got our dresser at a thrift store.

7 thoughts on “The quest for a dresser”