This is an example of sigmoid perceptions: putting more weight on small differences the closer they are to a baseline, and paying relatively little attention to small differences between extreme values. Here’s how I roughly categorize my lateness to a normal appointment, based on how much later I arrived than I intended: 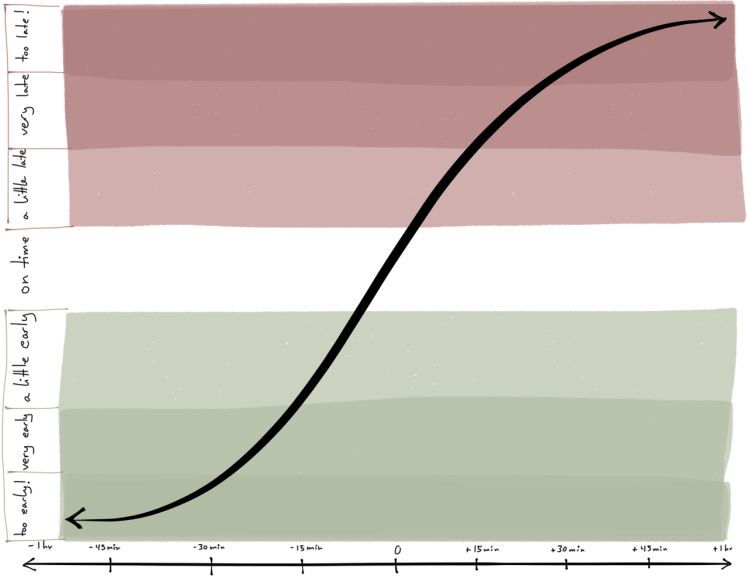 How I view my lateness, as a function of the difference
between my arrival time and my intended arrival time.

That S-shaped curve is the hallmark of a sigmoid function. Sigmoid perception strikes again!